Proceeds from this event will be used to support VISIONS free programs in Staten Island.

In recognition of their outstanding contributions with the annual beeping egg hunt at the COMMONS café, Nicole Doz and Karyn Turner will receive the VISIONS Advocacy Award. 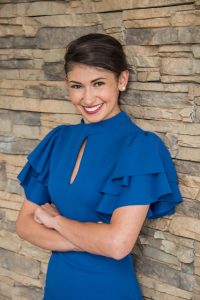 Nicole Doz is a Brooklyn College Graduate and New York City Sanitation Worker. She is a two-time Miss America Organization titleholder, being crowned both Miss Staten Island 2018 and Miss Big Apple 2019. Combining her love for her city and her passion for community service, Nicole is actively involved with numerous charity organizations including VISIONS/Services for the Blind and Visually Impaired where she had provided her time, talent, and beauty at our annual beeping egg hunt event held at the COMMONS café. Ms. Doz volunteers to assist both blind and sighted children join the hunt and often escorts the Easter Bunny around the grounds to welcome the families in attendance. 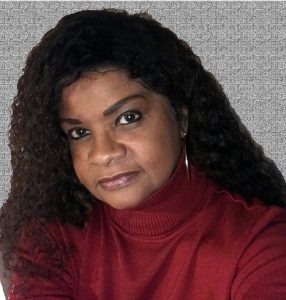 Karyn Turner is the Founder and Director of Kaleidoscope Mode Inc. Kaleidoscope Mode is a community-based nonprofit which aims to break barriers, through producing pageants and making dreams come true. Ms. Turner created both the Miss Black Staten Island and Miss Special Staten Island beauty pageants for the borough. Miss Special Staten Island specifically focuses on providing young women of various disabilities with the opportunity to showcase their talents, feel beautiful, and have the opportunity for civic engagement. Turner has made it her mission to make the event all-inclusive, even integrating pageant judges who identify as “disabled” as part of the event. For those girls who win the crown, Karyn Turner escorts them to various Staten Island community activities to represent the organization and hopefully encourage other young women in the borough to participate. Miss Special Staten Island contestants and winners make a yearly appearance at the Staten Island Beeping Egg Hunt. 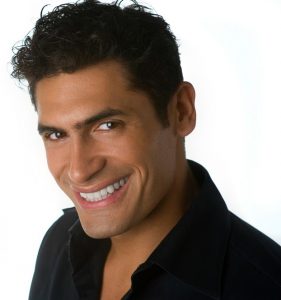 Vincente’s brother, Mario Calderón, OPT , is an entrepreneur, entertainer and optician. Mario’s journey began as a collegiate wrestler and Biology major at Hofstra University. After living in Los Angeles and earning credits such as commercial actor, backup dancer for Ricky Martin, and television host, Mario was seeking his next role. While on a mission trip in the Dominican Republic, an interaction with a 12 year-old nearsighted tween, who had never worn glasses, gave Mario the spark for his next stage in life. He partnered up with his brother Dr. Vincente Calderón and they began serving the underserved in NYC by visiting senior patients in their homes. 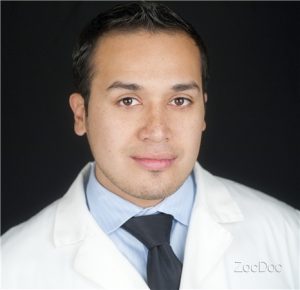 Dr. Vincente Calderón is one of only a handful of native fluent Spanish speaking optometrists practicing in New York. He treats patients in all five boroughs and the surrounding counties. After working in a surgical ophthalmology practice for several years, he now operates his house call eye doctor practice Aspire Health Solutions. In addition to full scope eye care, Dr. Calderon is a pioneering provider of intense pulsed light (IPL) treatment for various ocular conditions such as blepharitis and dry eye. Aspire Health Solutions (www.AspireHS.com) specializes in in-home eye care for diabetics, and primary eye care for senior and mobility challenged patients.

Dr. Jan and Saira Weitz both volunteered during VISIONS screenings. Jan did the examinations while his wife, Saira, helped manage patient charts. Dr. Jan Weitz has been practicing Optometry since 2009. Dr. Weitz attended Hofstra University for his undergraduate education and then Optometry school in Bayamon, Puerto Rico at Inter American University School of Optometry. He is a partner at his private practice, Paskowski & Weitz Optometry in Sunset Park, Brooklyn. Dr. Weitz is also on staff at Verrazano nursing home in Staten Island and Hopkins Rehabilitation Center in Downtown Brooklyn. Saira Weitz OTR/L is a Pediatric Occupational Therapist for the New York City department of education. Saira attended Binghamton University for her Undergraduate degree and then went on to SUNY Downstate for her masters in Occupational Therapy. She provides school-based occupational therapy for children in preschool through high school. Saira and Jan welcomed their first son, Jesse, this March. Jan is also a member of VISIONS Brooklyn Advisory Board. 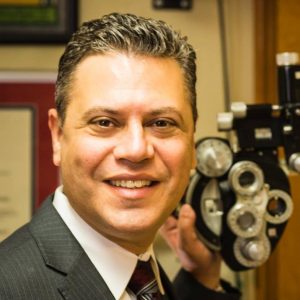 A sought-after expert in the field of eye care, Dr. Bryan Wolynski has over thirty years of experience in optometry. He began as an optician, later becoming an optometrist after graduating from the New England College of Optometry. Dr. Wolynski continued his education by completing a residency in Primary Care at the prestigious NOVA Southeastern University. During the first half of his career, Dr. Wolynski worked for a private family practice in New York City. After a number of years in practice, he joined the Florida Heiken Children’s Vision Program, a division of the Miami Lighthouse, and spent three years providing mobile eye care to financially underprivileged children throughout the state of Florida. While practicing low vision, Dr. Wolynski found his passion for not only helping others but empowering individuals who were blind or visually impaired through technology. He consults for an Israeli tech company called OrCam Technologies, which uses the power of artificial intelligence to assist people with vision loss. 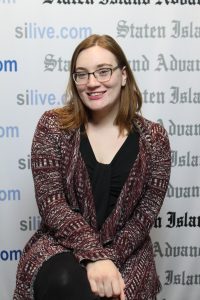 Finally, Victoria Priola will receive the VISIONS Excellence in Journalism Award in recognition of her educational and inclusive coverage of stories relating to the blind and disabled community. Priola is a reporter with the Staten Island Advance/SILive.com covering the beat of arts and entertainment through multimedia platforms. During her four years at the publication, Victoria has profiled musicians, artists, filmmakers, local businesses and theatre production companies on Staten Island. She produces social media-based video series including “Weekend Alert,” “It’s New” and “Best of Staten Island,” highlighting local events and restaurants across the borough. Since 2018, Victoria has covered the Staten Island Beeping Egg Hunt, benefitting VISIONS. In 2018, she profiled Jeremey Seacott – the first Staten Islander to receive a free prosthetic from Assembly 3D Printing of Stapleton. Jeremey was born without a right forearm and Victoria documented him riding a bike for the first time with his prosthetic. In that same year, Victoria also covered the first-ever Miss Special Staten Island & Richmond County pageant. As a native Staten Islander, Victoria takes pride in writing about her hometown and the inspiring people that inhabit it. She is a graduate of the College of Staten Island and was recently accepted into Baruch College Weissman School of Art and Sciences where she will pursue her master’s degree.

A copy of our most recent financial statement is available by writing to VISIONS at: 500 Greenwich Street, Suite 302, New York, NY 10013, or by visiting the NYS Attorney General’s Charities Bureau’s website: www.charitiesnys.com. To learn more about charities, call the Attorney General at 212 416-8686